The  number of mobile phones in the world is almost double the number of humans. That’s actually easy to understand, given the fact that you most likely have a mobile phone and you definitely know someone who uses two or three phones. As many as they are, phones do not talk (at least, not in the way we think).

That is not to imply that mobile phones never communicate directly. Wired and wireless technologies such as infrared, Bluetooth etc. make that very possible. What I’m stating is the fact that a mobile phone does not actually call another mobile phone directly. It has to go through a network mast. I know you’ve seen network masts around. They look like the one below:

To put this in the Nigerian context now, there are a few phrases almost all of us have memorized already:

Whichever of the above messages (or their variants) we get from network providers when trying to make a call, we do know that the person’s phone is most likely not switched off. For some reasons ( reasons that are not actually as strange as we think), the destination cell phone just can’t be reached. Most people who think these messages can only be caused by long distances between caller and recipient are usually stunned when they perform the simple experiment of calling two mobile phones side by side and sometimes still getting the “not reachable” statement. It makes you wonder what is actually happening when you make phone calls. Let me explain.

Can Phones call Each other?

Technically, yes. The exact same way walkie talkies work ( you might be familiar with that). A walkie-talkie is simply a two-way radio. Multiple devices operating on the same frequencies. If you know a thing or two about walkie talkies though, you will know that:

Reasons number 1 and 2 are the major reasons cellphones cannot be made to work like walkie talkies, which is why, no matter how close phone are physically, a call from one phone cannot go directly to the other phone. It has to pass through a mast. By definition, Cellphones (also known as cellular phones and, chiefly in Europe, as mobile phones or mobiles) are radio telephones that route their calls through a network of masts linked to the main public telephone network. I’ll let you figure that out with this diagram:

So, when you dial a number on your mobile phone, the signal goes from your phone to the nearest telephone mast, then to another telephone mast/base station, then another, and another, and the next, until it gets to the mast nearest to your called phone.  Sometimes, signals jump through hundreds of masts ( and more) to get to their destination. SMS (Short Messaging Service) and  Bulk SMS platforms (such as LoftySMS )  go through the same process before delivering messages to your phone. Only mobile internet does not follow suit.

If you look at this scenario, there are potentials for so many things to go wrong along the way. Signals get lost, lines and voices get scrambled, sounds get gabbled, etc. It doesn’t happen every time, but it certainly does.

The cause of the problem

When call signals can’t get to their destinations, it’s usually because of some factors such as:

Nobody likes it when their calls don’t go through, and for Nigerians, I have good news concerning this. A new network provider ( M7tel ) is coming soon with the technology and infrastructure to eliminate all the network issues in Nigeria telecommunications.  Soon as it launches, I’m very sure that “numbers not reachable/available” will be a thing of the past in Nigeria.

To conclude, there  are many factors & technologies surrounding phone communication. This article has hopefully summarized a few of the basics that you need to know. So, the next time your phone says “The number you are calling cannot be reached”, you have an idea of what’s going on. 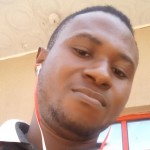 What is 5G network?